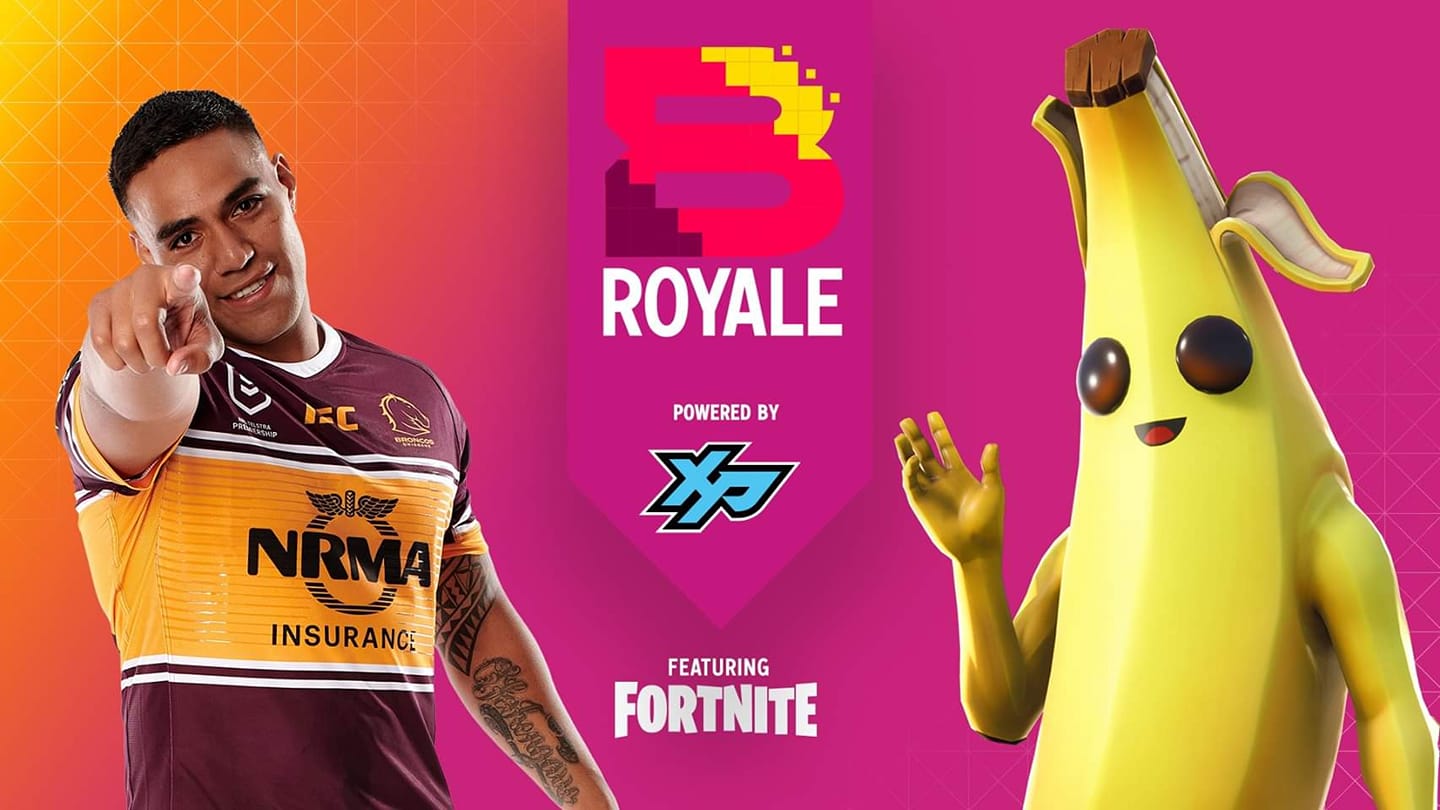 XP Esports Australia has partnered up with the Brisbane Broncos to bring you one of the most exciting Fortnite esports events to hit Queensland, The Broncos Royale Powered By XP Esports. This is to be held at Suncorp Stadium on the 30th August 2019!

The NRMA Insurance Broncos, in conjunction with XP ESports, brings the excitement of e-Sports to our club game day with Broncos Royale.

Thirty players will be invited to face off in Fortnite, a mass multiplayer game of survival, with the help of XP ESports and Icon ESports making this possible.

Activation’s will be setup on Round 24 versus Parramatta Eels around the outside of the Stadium to showcase the emerging sport.

XP ESports solo competition has already begun, with the first 10 players invited to the Broncos Royale. Congratulations on your achievements.

We look forward to working with XP ESports, Icon ESports and Epic Games for our Round 24 game day.

Congratulations to our first first wave of TOP 10 players. You will be invited to compete at The Broncos Royale! Thanks to @brisbanebroncos

Players still have 2 more chances to win an invite 🏆

With over 45% of the Australian gaming population identifying as female, Brisbane-based company, XP Esports is taking action to help the fight against breast cancer. This Pink October, Season 3 of the XP Women’s League will be dedicated to raising awareness and funds...

Rocket League Season 2 Recap The XP HSL Rocket League Queensland competition continued to grow in popularity and size for season 2, adding some brand-new Queensland based schools to the League as well as vast improvements from Season One competing schools. Check out...