XPWL Welcomes Cthulhu & Pie As The Official Casters For Season 2 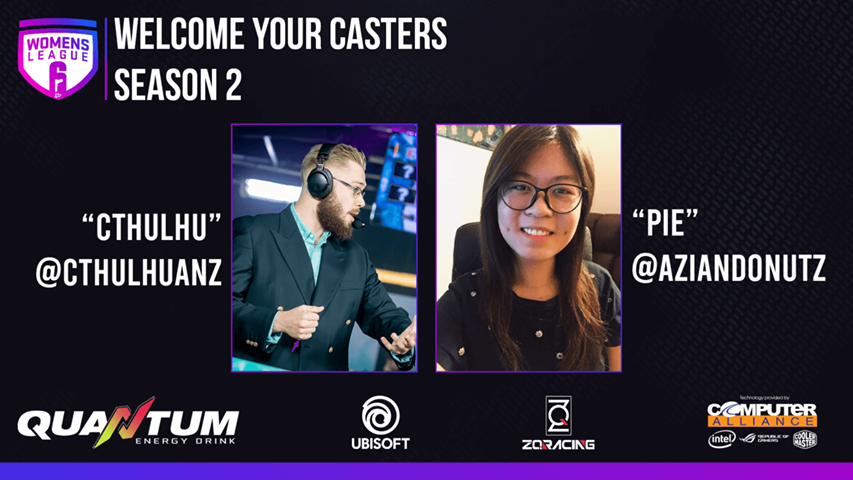 “XPE WL Season 1 has been a blast, opening a lot of opportunities for females to participate in a competitive format and trying their hand at it! Seeing continuous support from Ubisoft towards these programs is amazing and I am very excited to be a part of next season as well as being able to work on the upcoming High School League. Bridging the high school activities with esports and allowing young talent to have an early entry into competitive nature would ensure that the overall competitive ANZ environment would be developing evenly! “- Konstantin “Cthulhu” Nuridzhanyan

“I was fortunate enough to be a player in XPWL Season 1 and be part of Season 2 again and it was such a great experience overall. I had the opportunity to meet women from all over ANZ, players who were both new and experienced, and watch them duke it out in thrilling matchups. Having Ubisoft support all the players who participated was so encouraging and this in turn, was an excellent introduction to provide amateur female players with a competitive outlet  to R6 Siege.” – Ann “Pie” Peng